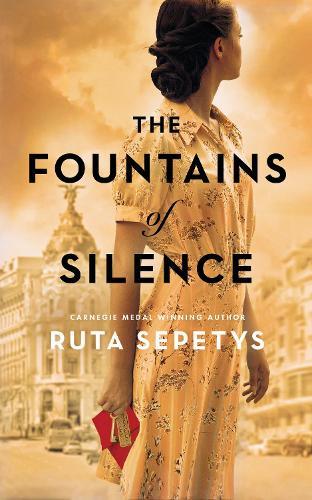 Madrid, 1957. Tourists and foreign businessmen flood into Spain under the welcoming guise of sunshine and wine while Spanish citizens are gripped by a dark secret.
Daniel Matheson, the son of an oil tycoon, hopes to connect with the country of his mother’s birth through the lens of his camera. Photography -and fate - introduce him to Ana, a hotel maid, whose family is suffering under the fascist dictatorship of General Franco.
Daniel and Ana’s lives and hearts collide as they unite to uncover the hidden darkness within the city - a darkness that could engulf them all…
Master storyteller Ruta Sepetys once again shines light into one of history’s darkest corners in this epic, heart-wrenching novel about identity, unforgettable love and the hidden violence of silence.
$24.99Add to basket ›

END_OF_DOCUMENT_TOKEN_TO_BE_REPLACED

An Assassin’s Guide to Love and Treason