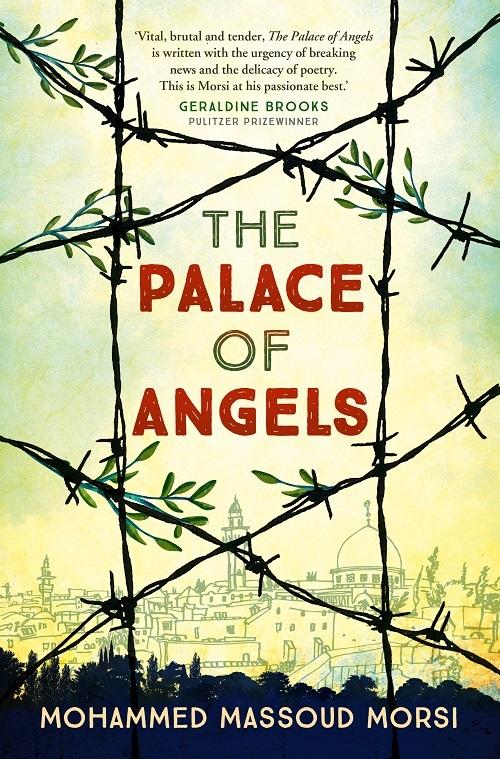 Years ago, three young men, fired with idealism for Palestine’s second Intifada and fuelled by hashish, ventured on a clandestine transaction that left just one of them standing. Guns from Israel – bound for Gaza – in exchange for Egyptian hashish.
Many years later, the fight for freedom from Israel’s brutal occupation flared into another Israeli onslaught – another `war'. Amidst the bombardment of Gaza in 2014 – dreams and miracles were shattered for Farida and Fathi, caught in the clash of religious ideologies and the struggle to wrest or retain power.
At the same time angels brought two hearts together and when these lovers met, as in the Arabic phrase, their eyes saw no flaw. In their first pre-dawn encounter at a checkpoint queue, Adnan and Linah, on opposite sides of authority, had their minds convulsed and their eyes bloodied as a delirious young man was gunned down in the yellow-lit darkness of the night. She was an Israeli soldier on guard, he was a Palestinian commuter. While love blossomed, his friend Ali was served the cruellest of fates to embark down the long dark road of revenge.
What is Past is Dead, Twenty-two Years to Life and The Palace of Angels are stories of fighting for freedom by fighting with our defined selves. Behind Palestine’s struggle for self-determination are beautiful faces, not normally revealed in war. We are made to question how we find out who we really are and what we wish to become. They are the stories of the seeds of peace and co-existence, yearning to come to life on both sides of the fence, to break through the overburden of noxious politics.
$32.95Add to basket ›

An unputdownable final novel from the Miles Franklin Award-winning author of The White Earth.