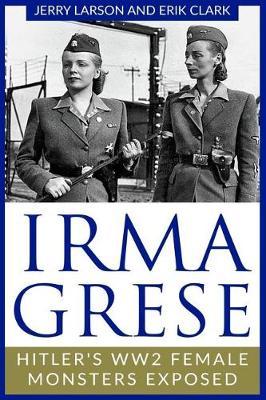 How could young women turn into vicious torturers and killers? How could a position of power turn women into monsters? Many still see this part of history as taboo, but you must know the truth! This book takes you on a shocking and disturbing path through the tales of evil and the role that women played during Hitler’s reign. Did Irma’s childhood lead to these disturbing acts? And what about the other young ladies? Can history explain the evil mind of beautiful young women? The history of the female Nazi is bizarre and unusual. As you discover the evil that prevailed, you may even be surprised to find yourself more empathetic toward the dark history of the Nazi culture. Many male SS guards committed heinous crimes but were not given a death sentence. Why were three female guards given a death sentence for the same crimes men committed? Was evil expected of men but not women? In Irma Grese: Hitler’s WW2 Female Monsters Exposed, , you’ll discover…How sex played a role in Irma Grese’s unequivocal evil. Why many continue to question how her childhood led to the horrific, and inhumane acts of violence. The other she-devils of the Nazi regime and how their evil thrived when put in in a position of power. What Irma said when justice came knocking at her door and why the audience gasp. Shocking testimonies given by the victims of how she tortured them mentally, physically and sexually. Why she was given the title sadistic psychopath and the blonde beast . Why Irma Grese’s past can elicit shocking empathy from the reader. The science behind the evil. And much, much more! We study history in order to prevent future atrocities. We must not let this happen again. If you want to help protect our future, please don’t turn your back from the past. Click the Add to Cart now and discover the hidden secrets of the female Nazi.