Sisters of the Sands: Book 1 of the Acolytes Series 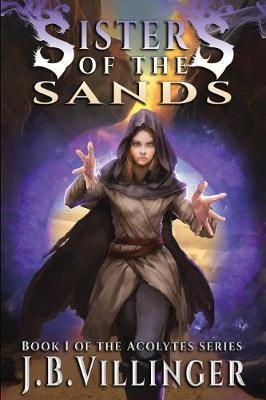 Sisters of the Sands: Book 1 of the Acolytes Series

If you liked The Hunger Games, X-men, and Dune, you’ll love this! 16-cycle old Sacet was once a child soldier for the Female Dominion. Along with an army of brainwashed squad sisters, it was her job to capture, kill, or otherwise defeat the male population of their desert world. But now that she’s free and has the power to open portals, she’d rather stay on the move with her adopted brother, Eno, doing her best to forget her past.However, with super-powered soldiers hunting them at every turn, they can’t run forever. And eventually Sacet will face a grave choice - will she risk both their lives to fight back, or will she serve her old masters once again to keep Eno safe?