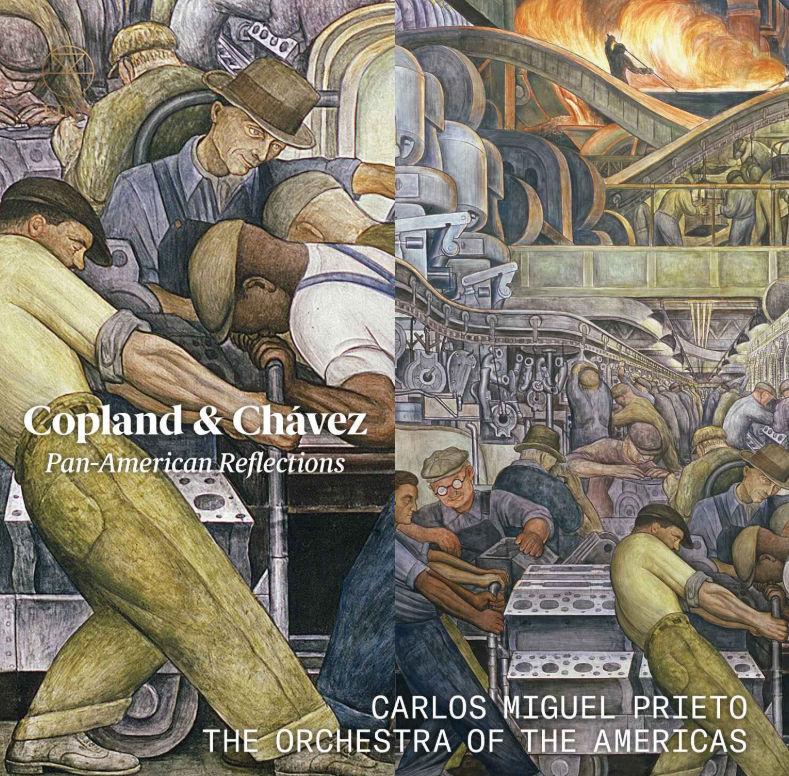 The Orchestra of the Americas performs Aaron Copland’s euphoric Third Symphony and Mexican composer Carlos Chávez’s rousing Sinfonía india in a thrilling Linn debut.
• Carlos Miguel Prieto, known for his charismatic conducting and dynamic, expressive interpretations, directs the orchestra.
• The Orchestra of the Americas performed both works at the 2018 Edinburgh Festival as part of a European tour, which saw the orchestra perform at the Rheingau Festival, the Elbphilharmonie and the Krzysztof Penderecki European Centre for Music.
• Full of hope, heroism and joyful optimism Copland’s Third Symphony is considered the ‘Great American Symphony'; it is perhaps most famous for its finale in which Copland incorporates his Fanfare for the Common Man, an exhilarating conclusion that leaves listeners uplifted.
• With scintillating indigenous melodies, complex rhythms and highly percussive orchestration, Chávez’s Sinfonía india is the perfect piece to end the programme and showcase this passionate, flamboyant and brilliantly incisive orchestra.
$29.95Add to basket ›