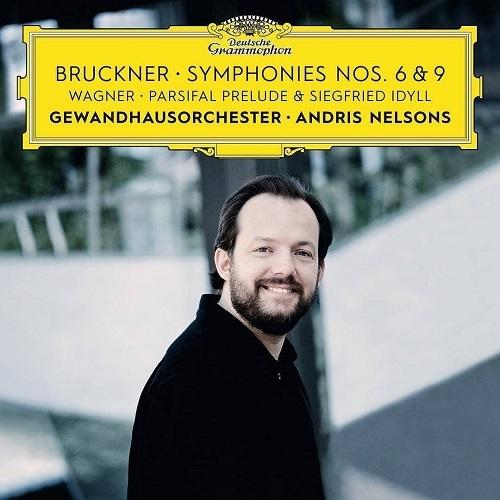 Multiple Grammy Winner Andris Nelsons and his “superb” (The Guardian) Leipzig orchestra continue their acclaimed couplings of Bruckner and Wagner with Symphony No. 6, which Bruckner himself described as his “boldest” and “most brazen”, and Symphony No. 9, which Bruckner struggled with for a total of nine years until his death. The Symphonies are accompanied by the Wagner’s Prelude to his last complete opera, Parsifal, and the lovely Siegfried Idyll.
Andris has successfully embarked on the journey exploring the sound world of Anton Bruckner’s iconic symphony cycle with the much acclaimed recordings of Symphony No. 3 - released in 2017, Symphony no. 4 - released in February 2018 and Symphony No. 7 - released in April 2018.
This second ambitious long-term recording project is consciously combined with the production of DG’s first complete Shostakovich cycle that Andris Nelsons is recording with the Boston Symphony Orchestra which has already been awarded with four Grammys as well as various other awards.
The wonderful wind solos intertwine with the tenderness of wounded souls, softly embedded in and embellished by radiant strings,and you wish only that they will never stop. - Leipziger Volkszeitung
$26.99Add to basket ›