See You at the Toxteth 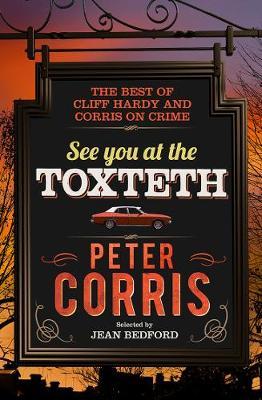 See You at the Toxteth

For almost four decades Peter Corris was known as ‘the godfather of Australian fiction’, and Cliff Hardy has been Australia’s favourite private investigator since he solved his first case in 1980.
This selection of stories starts with Cliff’s early days driving round Glebe in his battered Falcon, drinking at the Toxteth Hotel and taking on cases that more often than not leave him as battered as his car. As Cliff becomes older and wiser, he prefers to use his head more than his fists, but the cases are as tricky as ever and Hardy’s clients lead him to the murkiest surroundings.
To further celebrate Peter Corris’s legacy, editor Jean Bedford has also included a selection of his insights into the world of crime and crime writing, along with his ‘ABC of Crime Writing’. From Adultery to Yeti, via Gumshoe, Hit man and The Mob, this entertaining compendium gives a fascinating insight into Peter’s vast knowledge of the genre.
Peter Corris was the author of nearly ninety books between 1973 and 2017, 42 of them featuring the legendary Cliff Hardy PI. Other fiction included the ‘Creepy’ Crawley and Browning series, along with his non-fiction books, including biographies of Fred Hollows and Ray Barrett, and A Round of Golf with Peter Corris.
$29.99Add to basket ›