Conversations on Canaanite and Biblical Themes: Creation, Chaos and Monotheism 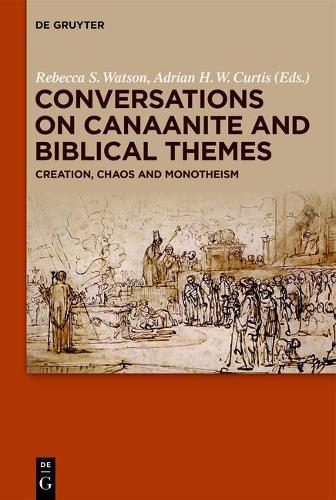 Conversations on Canaanite and Biblical Themes: Creation, Chaos and Monotheism

Arguments over the relationship between Canaanite and Israelite religion often derive from fundamental differences in presupposition, methodology and definition, yet debate typically focuses in on details and encourages polarization between opposing views, inhibiting progress. This volume seeks to initiate a cultural change in scholarly practice by setting up dialogues between pairs of experts in the field who hold contrasting views. Each pair discusses a clearly defined issue through the lens of a particular biblical passage, responding to each other’s arguments and offering their reflections on the process. Topics range from the apparent application of ‘chaos’ and ‘divine warrior’ symbolism to Yahweh in Habakkuk 3, the evidence for ‘monotheism’ in pre-Exilic Judah in 2 Kings 22-23, and the possible presence of ‘chaos’ or creatio ex nihilo in Genesis 1 and Psalm 74. This approach encourages the recognition of points of agreement as well as differences and exposes some of the underlying issues that inhibit consensus. In doing so, it consolidates much that has been achieved in the past, offers fresh ideas and perspective and, through intense debate, subjects new ideas to thorough critique and suggests avenues for further research.