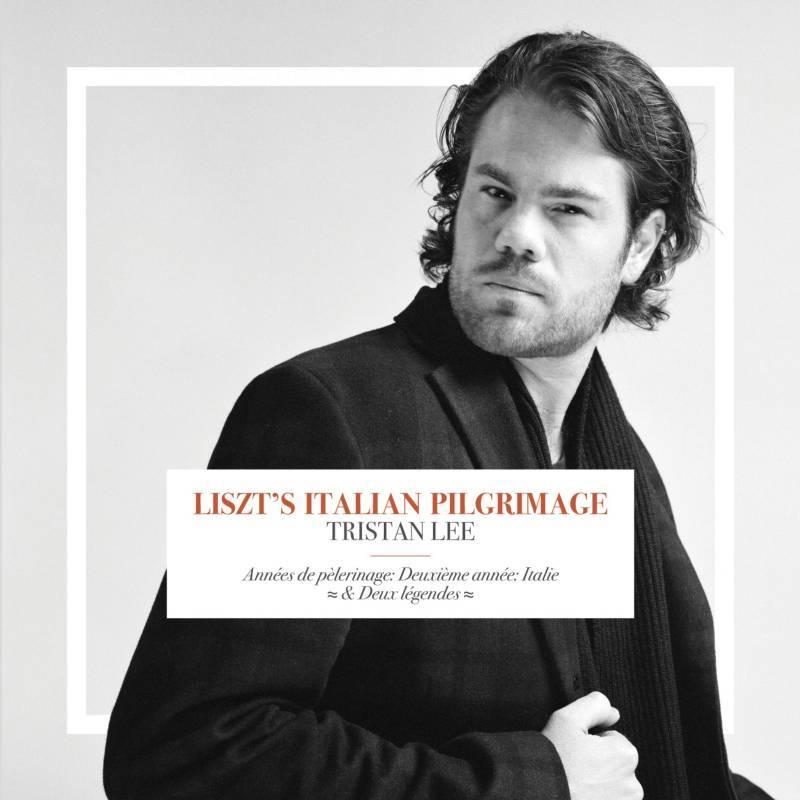 Liszt’s Années de pèlerinage: Deuxième annéee: Italie (Years of pilgrimage: Second Year: Italy) is a set of seven pieces that pay homage to Italian art and literature. Inspired by the works of Raphael, Michelangelo, Petrarca and Dante, this cycle contains some of Liszt’s most beautiful and evocative piano music. Commencing with the serene Sposalizio, inspired by Raphael’s painting of the same name, Liszt’s journey through Italian art includes the three highly romantic and impassioned Sonetti del Petrarca, and the formidable Dante Sonata.

Liszt’s Deux légendes (Two Legends): No. 1 St François d'Assise: La prédication aux oiseaux (Saint Francis of Assisi’s Sermon to the Birds), and No. 2 St François de Paule marchant sur les flots (Saint Francis of Paola Walking on the Waves). In these epic works, Liszt creates an impressionistic level of musical imagery by exploring the outer registers of the piano.
Through his interpretation of the nine Liszt works presented on this album, pianist Tristan Lee celebrates the impact of art, literature, and legend on musical narrative and Romantic imagination.

Melbourne’s own Tristan Lee recently emerged from a PhD, for which he was researching the music of Beethoven and Liszt. His recording of Liszt’s Années de pèlerinage: Deuxième année: Italie (Years of Pilgrimage: Second Year: Italy) is among the various fruits of his research labour. A truly local undertaking, the album was recorded just around the corner from Readings in Carlton, at the University of Melbourne’s Melba Hall. Lee is both a sensitive and virtuosic musician, and makes seemingly easy work of Liszt’s notoriously challenging piano writing.

Taking inspiration from Renaissance art and literature, and composed over a twenty-year period, each of the seven movements of Années de pèlerinage pays homage to Raphael, Michelangelo, Petrarca and Dante. The music is tentatively programmatic, and, like much of Liszt’s work, journeys to the depths of the heart as well as across Italian cultural, historical and artistic landscapes. Not only that, the diverse colours of Liszt’s piano writing in this vast musical mission showcase Lee’s exceptional playing.

Case in point is the final movement, titled ‘Après une lecture du Dante’, which, at almost twenty minutes, is an entire musical journey in itself. Moving variously between striking fortissimo chords and dense, florid scalic passages, the Liszt’s score calls on an intrepid and confident pianist of the highest calibre. Lee rises to the challenge, and pulls off the great feat with flair.

Also included on the disc are Liszt’s expressive Deux Légends. The first, ‘Saint Francis of Assisi’s Sermon to the Birds’, begins with an evocation of birdsong in the upper register of the piano, immediately bringing to mind Nedda’s aria ‘Stridono lassù’ from Leoncavallo’s I Pagliacci, before giving way to a reverent chorale. The following ‘Saint Francis of Paola Walking on the Waves’ is epic and noble, and an impressive conclusion to Lee’s superb debut recording.