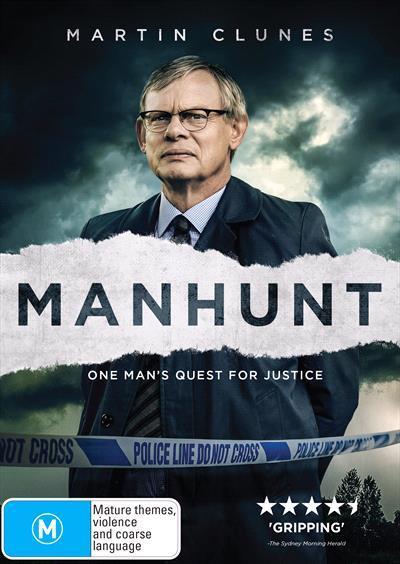 Starring Martin Clunes (Doc Martin) as DCI Colin Sutton, the story begins in August 2004 when a young woman’s body is found. Sutton is appointed senior investigating officer but initially struggles: there’s no forensics, motive or witnesses. Painstaking detective work finally delivers a suspect - Levi Bellfield, but now the hunt is on for enough evidence to arrest him and make sure he’s found guilty at trial.

Manhunt follows the compelling story of how DCI Sutton charged one of Britain’s most notorious killers with two murders, as well as an attempted murder, whilst also impelling Surrey police to consider Bellfield as prime suspect in the high-profile murder of Milly Dowler. Based on Sutton’s memoirs, Manhunt is written by Ed Whitmore (Silent Witness, Rillington Place, Strike Back) and produced by Buffalo Pictures.
$14.95Add to basket ›

END_OF_DOCUMENT_TOKEN_TO_BE_REPLACED

I Am The Night Miniseries Dvd

The Bay: Season One (DVD)