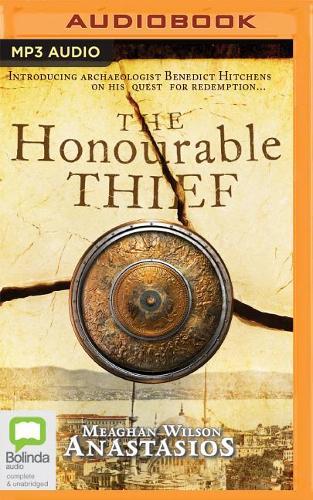 In her breakout novel, Meaghan Wilson Anastasios weaves an action-packed tale of honour, passion, heroes and thieves across an epic backdrop of history. Istanbul, Turkey, 1955. Benedict Hitchens, once a world-renowned archaeologist, is now a discredited - but still rather charming - shell of his former self. Once full of optimism and adventure, his determination to prove that Achilles was an historical figure led him to his greatest love, Karina, on the island of Crete and to his greatest downfall, following the disappearance of an enigmatic stranger, Eris. He has one last chance to restore his reputation, solve the mystery of Eris and prove his Achilles theory. But it is full of risk and possibly fatal consequences….