Timeless On The Silk Road 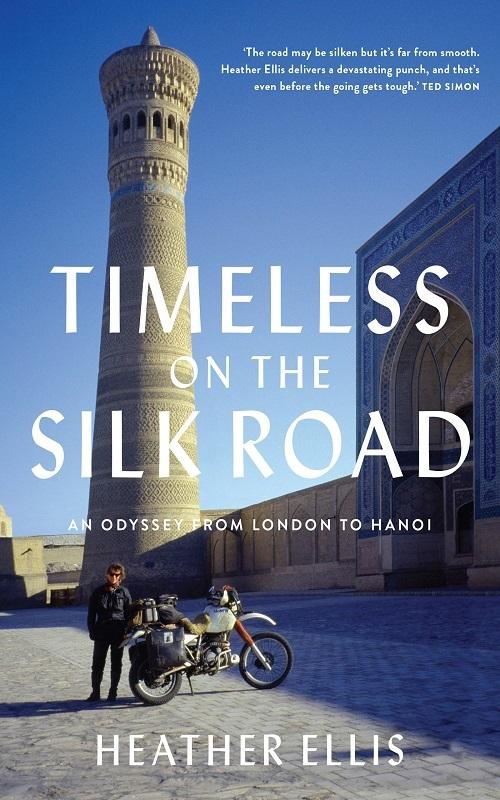 Timeless On The Silk Road

After riding her motorcycle across Africa, Heather Ellis rides the fabled Silk Roads of antiquity from London to Hanoi.
What unfolds is a journey of courage, hardship and immense natural beauty as she rides through Central Asia to Australia. Believing this is her last adventure, her one last search for meaning, Heather’s journey ultimately becomes one of destiny. Infused with a deep spiritual power, it is also a story that leaves the reader considering their own ‘time less' journey called life. Heather travels into Central Asia after the fall of the Soviet Union where she crosses deserts and is touched by the ancient world of Islam. She rides into the land of the heavenly mountains and discovers the ancient traditions of the nomads. She ventures into the vastness of Siberia’s Altai Mountains where she is welcomed into the homes of Kazakhs and Russians alike. And in China, she is repeatedly told there will soon be a new world order.
Timeless On The Silk Road is the story of what happens next when she is diagnosed with HIV in London. She is thirty years old and is given five years to live. It is 1995, when death from AIDS is inevitable. This is Heather’s eagerly anticipated second book and follows Ubuntu: One Woman’s Motorcycle Odyssey Across Africa.
$29.99Add to basket ›