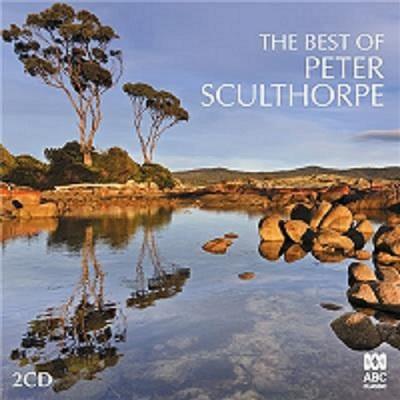 Peter Sculthorpe created an Australian classical music that for the first time spoke directly of the land, the people and the spirit of this country.
Released to coincide with what would have been his 90th birthday, The Best of Peter Sculthorpe brings together more than two hours of his best-loved and most iconic works, from solo piano works played by Tamara-Anna Cislowska, to orchestral works and concertos performed by great soloists William Barton, Karin Schaupp and Amy Dickson, and his 18th and final string quartet.
Born in Launceston on 29 April 1929, Sculthorpe rose to international recognition by creating a uniquely Australian style of music. From the wet season of the Northern Territory in Kakadu to the brutality of the southern summer in Sun Music IV, from the seaside war memorial that inspired Small Town to the timeless connection between Indigenous people and their land represented in Earth Cry, Sculthorpe captured the extremes of the country’s natural landscape, and stirred the imagination of its people.
Sculthorpe was made an officer of the Order of Australia in 1990, and an Australian National Living Treasure in 1998. He died in 2014, at the age of 85.
$24.95Add to basket ›