Australian Liberals and the Moral Middle Class: From Alfred Deakin to John Howard 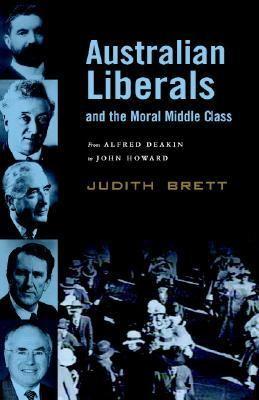 Australian Liberals and the Moral Middle Class: From Alfred Deakin to John Howard

The Liberal Party of Australia was late to form in 1945, but the traditions and ideals upon which it is founded have been central to Australian politics since Federation. This book, by award-winning author and leading Australian political scientist Judith Brett, provides the very first complete history of the Australian liberal tradition, and then of the Liberal Party from the second half of the twentieth century. The book sparkles with insight, particularly in its sustained analysis of the shifting relationships between the experiences of the moral middle class and Australian liberals' own self understandings. It begins with Alfred Deakin facing the organised working class in parliament and ends with John Howard, electorally triumphant but alienated from key sections of middle class opinion. This book is destined to become the definitive account of Australian liberalism, and of the Liberal Party of Australia.