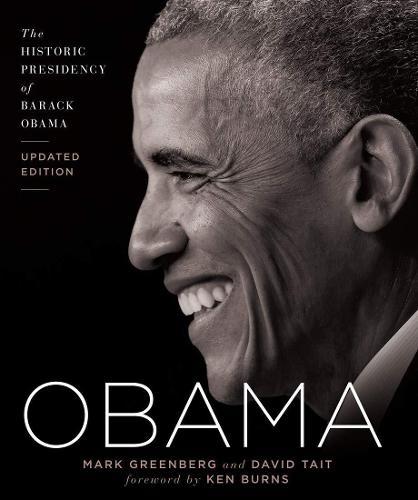 A vibrant celebration of President Obama, this stunning commemorative book provides a valuable record of his historical presidency and the years since he left office It has now been more than two years since he concluded his historic two-term presidency. Through stunning images by White House photographers and others, as well as notable essays and quotes from a broad spectrum of people, this updated edition of Obama looks back at the President’s journey: from his remarkable victory, to his significant milestones and final days in office, to his life after the White House. The book features rare and previously unseen photographs, along with iconic images and newspaper front pages. It also features dramatic pictures, including the iconic shot from the situation room as the president and his staff watched the live unfolding of the Osama bin Laden raid and day-to-day images of Obama in his roles as world leader, policymaker, commander in chief and father. There are light-hearted photos from the White House Correspondents' Dinner, late-night television appearances and moments with the entire Obama family. Sixteen additional pages follow President Obama in recent years campaigning for Democratic candidates, engaging in philanthropic work, and travelling the world. The expanded volume updates the status of many of Obama’s ground-breaking achievements, such as the Affordable Care Act (aka ‘Obamacare’), the Iran nuclear deal, the Paris climate accord, EPA protections, transgender rights, DACA and much more. This book is a keepsake memento of a beloved president.