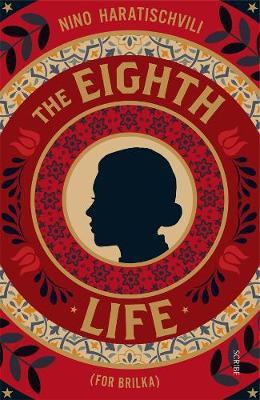 ‘That night Stasia took an oath, swearing to learn the recipe by heart and destroy the paper. And when she was lying in her bed again, recalling the taste with all her senses, she was sure that this secret recipe could heal wounds, avert catastrophes, and bring people happiness. But she was wrong.‘

At the start of the twentieth century, on the edge of the Russian Empire, a family prospers. It owes its success to a delicious chocolate recipe, passed down the generations with great solemnity and caution. A caution which is justified: this is a recipe for ecstasy that carries a very bitter aftertaste …
Stasia learns it from her Georgian father and takes it north, following her new husband, Simon, to his posting at the centre of the Russian Revolution in St Petersburg. Stasia’s is only the first in a symphony of grand but all too often doomed romances that swirl from sweet to sour in this epic tale of the red century.
Tumbling down the years, and across vast expanses of longing and loss, generation after generation of this compelling family hears echoes and sees reflections. Great characters and greater relationships come and go and come again; the world shakes, and shakes some more, and the reader rejoices to have found at last one of those glorious old books in which you can live and learn, be lost and found, and make indelible new friends.

The Eighth Life is the saga of a Georgian family – its intricate, interconnected lives, its losses, triumphs, sadnesses, and great loves, set against the sweep of Russian history across the twentieth century. This is the deft detailing of a part of European history lost to most of us, where readers will relish in the rich characterisation of the cold, pinched and hungry faces of those securely under the thumb of communist rule.

If you like lots of characters and get excited by a list of names and family trees, then The Eighth Life is for you. This book is for those readers who want to entirely give over their time and their attention – it’s for those of us sick of our routinely dip-in, dip-out quick consumption and the short, wandering attention spans afforded to us by so much of current mainstream media. If you have the time and inclination to really absorb yourself with great contentment in a dramatic, all-encompassing novel, then this is for you.

It’s far from a quick read – but if you lean in, give yourself over to this family’s story, then you will be rewarded with a rich world, a cast of characters heartbreaking and captivating, and reminiscent of those living in the pages of a Dostoyevsky or Tolstoy novel. It’s a true wonder – while you may find yourself wondering the point of hearing the birth story of a minor secondary character’s mother – you will also revel in this level of immersion, one which makes this an unforgettable, rich and textured piece of literature.

END_OF_DOCUMENT_TOKEN_TO_BE_REPLACED

A Long Petal of the Sea