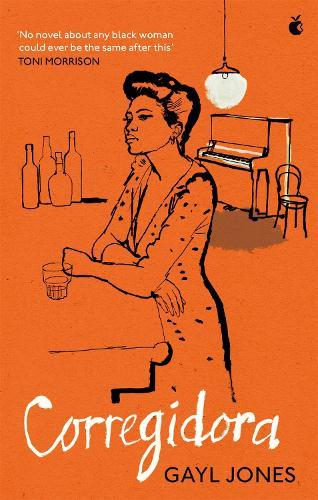 Upon publication in 1975, Corregidora was hailed as a masterpiece, winning acclaim from writers including James Baldwin, Maya Angelou, Toni Morrison and John Updike. Exploring themes such as race, sexuality and the long repercussions of slavery, this powerful novel paved the way for Beloved and The Color Purple. Now, this lost classic is published for a new generation of readers.

Blues singer Ursa is consumed by her hatred of Corregidora, a nineteenth-century slave master who fathered both her mother and grandmother. Charged with ‘making generations’ to bear witness to the abuse embodied in the family name, Ursa Corregidora finds herself unable to keep alive this legacy when she is made sterile in a violent fight with her husband. Haunted by the ghosts of a Brazilian plantation, pained by a present of lovelessness and despair, Ursa slowly and firmly strikes her own terms with womanhood.
‘Corregidora is the most brutally honest and painful revelation of what has occurred, and is occurring, in the souls of Black men and women’ - James Baldwin
‘No novel about any black woman could ever be the same after this’ - Toni Morrison
$22.99Add to basket ›