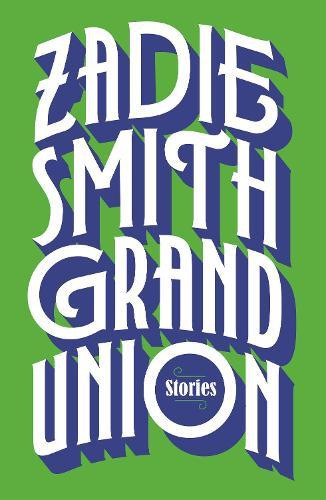 In the summer of 1959, an Antiguan immigrant in north west London lives the last day of his life.

A mother looks back on her early forays into matters of the human heart, considering the ways in which desire is always an act of negotiation, destruction, and self-invention.
A disgraced cop stands amid the broken shards of his life, unable to move forward into a future that holds no place for him.
A teenage scion of the technocratic elite chases spectres through a premium virtual reality, trailed by a little girl with a runny nose and no surviving family.
We all take a much-needed break from this mess, on a package holiday where the pool’s electric blue is ceaselessly replenished, while political and environmental collapse happen far away, to someone else.
Interleaving ten completely new and unpublished stories with some of her best-loved pieces from the New Yorker and elsewhere, Zadie Smith presents a sharply alert and slyly prescient collection about time and place, identity and rebirth, the persistent legacies that haunt our present selves and the uncanny futures that rush up to meet us.

There are few things more exciting to me than new writing by the literary goddess-tier author Zadie Smith. Her latest offering, Grand Union, brings together nineteen short stories set across different times, places, and realities, united by a common thread of characters who are, in a way, out of place: migrants, elderly punks, futuristic teenage boys ripped from their virtual reality headsets – all fish out of water.

They are also concerned with moments of misunderstanding – in ‘Miss Adele Amidst the Corsets’, an ageing drag queen journeys across New York City to buy a new corset. The story ends with an argument between Miss Adele and the shopkeeper – Miss Adele perceives a potential pattern of discrimination, which the shopkeeper denies. The footing of this argument feels uncertain – it’s hard to work out who to agree with, and Smith compells her reader to consider the rights and wrongs of both parties. This tale is a masterclass in eliciting an empathetic response from what is sure to be a broad readership. I could find examples of this in every single story in this collection, but sadly our beloved Readings Monthly just doesn’t have that space to give.

On a sentence level, Smith’s writing is quite flawless. Her voice is always restrained, intelligent and introspective, and there just isn’t a clunky phrase to be found in these pages. Emotion is a sneaky thing in Grand Union – you might not laugh or cry outright, but the melancholy and joy and comedy of these stories will creep up on you and linger.

Some of the stories in Grand Union have been published elsewhere (namely the New Yorker, Granta and the Paris Review), so will possibly be familiar to die-hard fans. But here together, they make for a very contemporary glance at the world’s problems, where they have happened before and continue to happen now, and where they might lead us.

Two dancers with different approaches to their craft share a complicated childhood friendship that ends abruptly in their early twenties, in a story that transitions from northwest London to West Africa.

From private houses to public parks, at work and at play, their city is brutal, beautiful and complicated. Yet after a chance encounter they each find that the choices they've made, the people they once were and are now, can...

Dealing - among many other things - with friendship, love, war, three cultures and three families over three generations, one brown mouse, and the tricky way the past has of coming back and biting you on the ankle, this book is...

Why do we fall in love with the people we do? Why do we visit our mistakes on our children? What makes life truly beautiful? This is a story about a pair of feuding families - the Belseys and the Kipps - and a clutch of doomed...

The first ever collection of stories from the bestselling and beloved author of Swing Time and White Teeth.

Arranged into four sections--In the World, In the Audience, On the Bookshelf, and Feel Free--this collection poses questions we may immediately recognize.