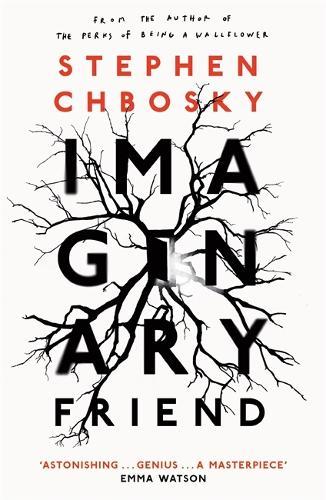 Kate Reese is a single mother fleeing an abusive relationship by starting over in a new town, with her young son Christopher. But Mill Grove, Pennsylvania, is not the safe place they thought it would be…

Their world begins to unravel after Christopher vanishes into the Mission Street Woods - where 50 years earlier an eerily similar disappearance occurred. When he emerges six days later, unharmed but not unchanged, he brings with him a secret: a voice only he can hear and a warning of tragedy to come.
What follows is a moving, thrilling, chilling modern masterpiece - a work of towering imagination and emotional depth which unfolds on an epic canvas.

Twenty years ago Stephen Chbosky wrote a YA novel called The Perks of Being A Wallflower, which he made into a successful film in 2012. Be fairly warned, Imaginary Friend is not YA. This is horror, and it’s literary catnip to a horror fan such as myself.

Mill Grove is like most small towns in the U.S., but things are going to get wild for its residents. Our main protagonist is a boy of seven, named Christopher, who is lured into the Mission Street Woods by a drifting cloud with a face. He re-emerges six days later, changed. His dyslexia seems to have disappeared and his titular imaginary friend, known as ‘the nice man’, who takes the shape of a white plastic bag, keeps prompting him to build a tree house in the woods. Christopher becomes obsessed with this notion and in doing so finds himself tasked to defend all against an evil being who has taken the shape of a crone described as ‘the hissing lady’ in a parallel world that is layered upon our own.

If this sounds nuts, it kind of is, but in a good way. I hadn’t had as much fun reading a horror novel since reading Stephen King as a teenager, and speaking of King, those that love his oeuvre will be all over this. Comparisons to him will be inevitable. It’s an ambitious literary horror novel that explores the lives of a town-full of characters. At 700+ pages Imaginary Friend is hefty and I admit that initially I was a bit intimidated, but it’s absorbing. So much so that the page count flew by. With menacing deer replacing the hounds of hell and ‘the mailbox people’ lining the streets, Chbosky has created an eerie and unsettling epic with imagery that will keep you up at night because it’s terrifying and totally engaging.