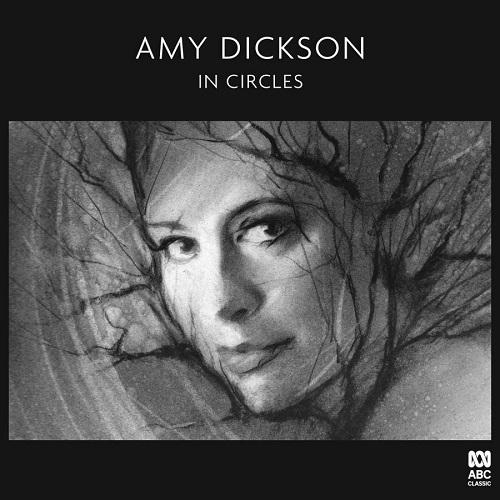 On the ‘Sony Classical’ label - The sensational, Classic BRIT winning saxophonist Amy Dickson returns with her exquisite new album “In Circles” .
This album explores the connections between classical composers and folk music. This stunning new album features breath-taking works by celebrated composers Ralph Vaughan Williams, Brahms, William Bolton and many more.. Dickson began playing the saxophone at the age of six. She made her concerto debut at 16 and has since gone on to perform at prestigious venues throughout the world including the prestigious Royal Albert Hall, Sydney Opera House and the Konzerthaus, Vienna.
Named by BBC Music Magazine as one of the world’s six best classical saxophonists, Amy Dickson has won numerous prizes including the Gold Medal at the Royal Overseas League Competition, the Symphony Australia Young Performer of the Year Competition and the Prince’s Prize. Dickson will tour the UK alongside the acclaimed Aurora Orchestra.

I used to have little interest in classical saxophone repertoire, until one day, in Paris, I was walking through a deserted passageway, and I heard a most beautiful, soulful sound reverberating around me. It was a busker, playing what I think was Debussy. I’ll never forget that moment when the saxophone became, for me, something more than just an annoying ‘Baker Street’ earworm; it became an instrument of total wonder. Amy Dickson is the kind of saxophonist who can turn a sceptic like me into a believer – her transcendental performances of transcriptions and compositions for her instrument are virtuosic. And, as the winner of numerous international awards, she has more than earned her place as a classical musician of the highest renown.

Dickson’s latest recording, In Circles, features repertoire old and new, some composed for saxophone, and some arranged for it. One such arrangement is the traditional ‘She moved through the fair’, in haunting duet with William Barton’s didgeridoo. I recently saw Barton perform, and he too was somewhat of a revelation. His playing is brilliant, and his voice is powerful and otherworldly. What a good match, then, for Dickson’s own inimitable sound.

James MacMillan’s saxophone concerto provides total contrast, both in scope and texture. It is a rare treat to hear the instrument featured in a concerto setting, especially considering the genre predates the saxophone, and far less solo classical repertoire exists for it than for other instruments.

Folk music is the underlying theme of this seemingly disparate program, and Dickson’s interpretation of Ralph Vaughan Williams’s Six Studies in English Folk-Song exemplifies her instrument’s chameleon-like ability to straddle several genres. Although appealingly nostalgic, the music is still very much in the classical mould, and the saxophone’s contemporary timbre is a surprisingly good fit for the recognisable folk melodies.

An enjoyable exploration of folk music and saxophone repertoire.