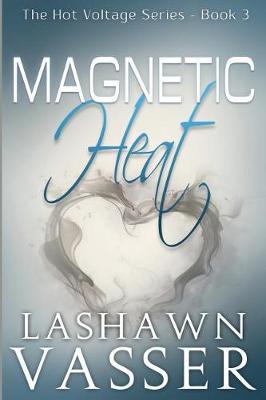 Bestselling Author LaShawn Vasser brings to you the FINAL and most riveting book of the Hot Voltage Series. Bo Stratton barely has enough time to recover from the most recent attack on her compound when an incredible flash of blinding light appears in the sky followed by a mushroom cloud. For most, that could qualify as one of the worst days of their lives. For Bo, it barely ranks in her top five-not when an act so despicable happens and almost destroys her very soul. After an EMP reduces the world into a society where only the fittest survive, Austin McKenzie has only one goal. To protect his family and the woman he loves at all costs. His mettle is being tested, not only from strangers but from friends and foes alike. Austin and Bo will face the challenge of their lives. Will they survive? And if so, will they survive it together? Find out in Magnetic Heat - the FINAL book in the Hot Voltage Series.