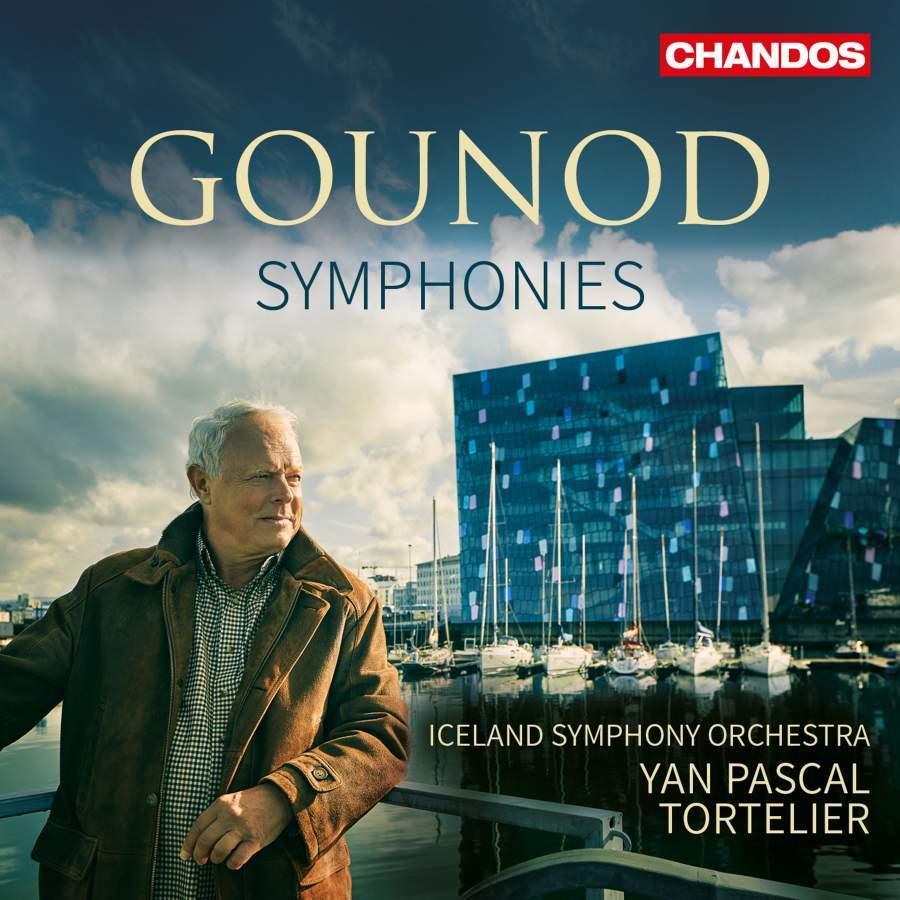 After winning the Prix de Rome for his cantata Fernand in 1839 and spending two years in Rome, Gounod should have gone on to study in Germany, but he managed in 1842 to persuade the authorities that he should remain in Rome to work on a symphony.
In 1843 he visited Mendelssohn who (while trying to dissuade him from wasting his time on Goethe’s Faust!) urged him to write another symphony. We do not know how much of the First Symphony Gounod had completed by then, but it is not surprising that Mendelssohn figures as one of the key influences on both symphonies. After performances of individual movements in 1855, premieres were given of the First Symphony on 4 March that year and of the Second Symphony on 13 February 1856.
Yan Pascal Tortelier and his Iceland Symphony Orchestra demonstrate outstanding precision and musicality in these unjustly neglected works. This album is recorded in surround sound.

Being so opera-centric as I am, it was not until this CD fell into my hands that I discovered Gounod was in fact a great symphonist. Under the baton of Yan Pascal Tortelier, the Iceland Symphony Orchestra brings us a fine recording of Gounod’s two epic symphonies, the first likely influenced by time spent with friend Felix Mendelssohn, and the second paying obvious homage to Beethoven.

Operatic drama links the two – unsurprising, considering Gounod was primarily an opera composer. It’s unusual to hear his music without singing, and at some climactic points in either symphony I did expect to hear a soprano soaring above the orchestra. However, that is not to say that Gounod’s symphonic music is in any way lacking – far from it.

Symphony No. 2 is a lesson in fine symphonic writing, opening with two triumphant chords à la Beethoven’s ‘Eroica’ Symphony. As mentioned in the liner notes, the final movement begins with ‘superficial jollity’, but ‘Beethovenian seriousness’ is eventually restored, and we are treated to a suitably epic and uplifting finale. Symphony No. 1 is by contrast gentler and perhaps even more classical in style and occasionally reserved manner. Tortelier and the Iceland Symphony Orchestra bring Gounod’s orchestral music to bubbling, optimistic life.