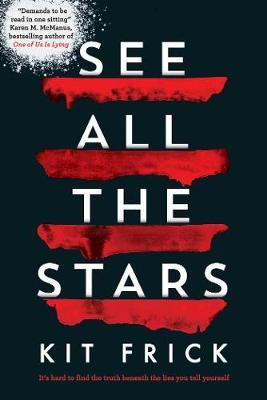 It’s hard to find the truth beneath the lies you tell yourself.
Then: They were four - Bex, Jenni, Ellory, Ret. (Venus. Earth. Moon. Sun.) Headstrong, loyal, electric ; Ellory’s whole solar system. Now: Ellory is alone, her once inseparable group of friends torn apart by secrets, deception and a shocking moment that changed their lives forever.
Then: Lazy summer days. A party. A beautiful boy. The beginnings of a spectacular, bright love. Now: Senior year, and Ellory’s back at school after a two-month suspension and summer away - no boyfriend, no friends. No going back. Tormented by some and sought out by others, and consumed by guilt over her not entirely innocent role in everything and everyone she’s lost, Ellory finds that even in the present, the past is everywhere.
The path forward isn’t a straight line. And moving on will mean sorting the truth from the lies - the lies Ellory has been telling herself.
$17.99Add to basket ›