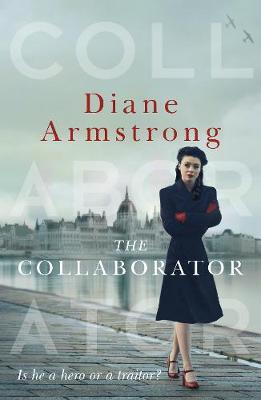 Is he a hero or a traitor? Based on astonishing true events set in the darkest days of World War II in Budapest, this is an enthralling story of heroism, vengeance, passion, and betrayal. It is also the story of three women linked by a secret that threatens to destroy their lives. For readers of The Tattooist of Auschwitz, All That I Am and Schindler’s Ark (List).
An act of heroism, the taint of collaboration, a doomed love affair, and an Australian woman who travels across the world to discover the truth…
It is 1944 in Budapest and the Germans have invaded. Jewish businessman Miklos Nagy risks his life and confronts the dreaded Adolf Eichmann in an attempt save thousands of Hungarian Jews from the death camps. But no one could have foreseen the consequences…
It is 2005 in Sydney, and Annika Barnett sets out on a journey that takes her to Budapest and Tel Aviv to discover the truth about the mysterious man who rescued her grandmother in 1944.
By the time her odyssey is over, history has been turned on its head, past and present collide, and the secret that has poisoned the lives of three generations is finally revealed in a shocking climax that holds the key to their redemption.
$32.99Add to basket ›