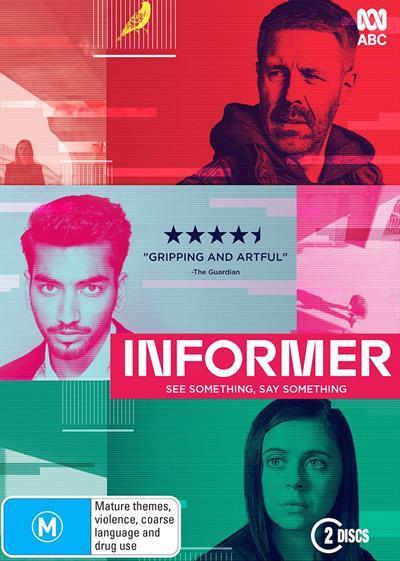 Informer is a complex, character-driven thriller that follows a young man, coerced into going undercover for a counter-terrorism officer. Gabe , who has a past he is unwilling to expose, is joined by Holly, his new and ambitious partner whose endless curiosity becomes threatening to him. As the central counter-terrorism investigation heats up, the stakes for all three get higher and higher.
Informer tells a story about identity in a world where lines are increasingly being drawn and sides are being taken, and what happens when you fall on the wrong side of that line and the political turns personal?
$29.95Add to basket ›