Hitler: Only the World Was Enough 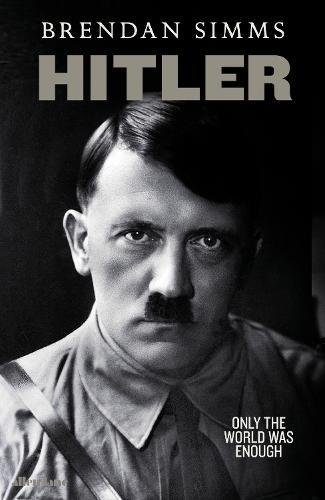 Hitler: Only the World Was Enough

For generations we have been hypnotized by the catastrophic, implausible way that Hitler came to seize power - the familiar story of the innumerable obstacles which fell aside to allow such a strange figure to rule a major European state. Brendan Simms’s major new biography has a very different focus. It is the first attempt fully to get to grips with the true origins of Hitler’s ideas themselves. Simms focuses on what those ideas really were and how they emerged.
This gives a very different picture of Hitler, highlighting both how deeply he had always reflected wider (and now forgotten) paranoid geopolitical German concepts, as well as what was original, particularly Hitler’s obsession with the United States (which loomed far greater in his imagination than the Soviet Union). It was this poisonous mix which was to have such a terrible impact on Europe’s future. Brendan Simms’s new book is the first to take these beliefs seriously, demonstrating how, as ever, it is ideas that are the true source of the most murderous behaviour.
$65.00Add to basket ›