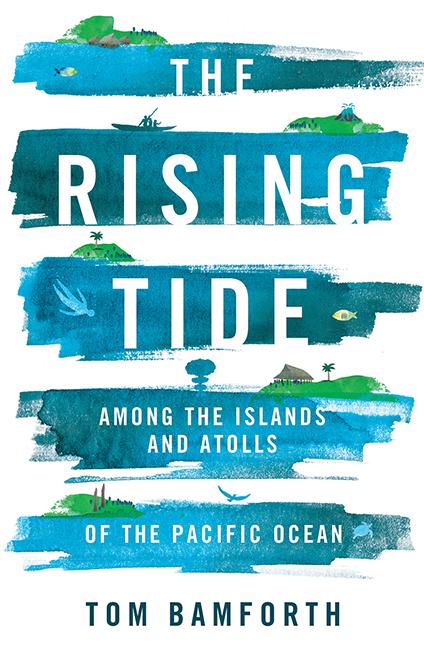 Vanuatu. Marshall Islands. Fiji. The names evoke white-sand beaches, swaying palms and lazy holidays. But in reality, these idyllic places are tropical maelstroms of global realpolitik, caught between the world’s superpowers, former colonial masters and tin-pot despots. Collectively the Pacific nations, which form one third of the globe’s surface area, are one of the most strategically important regions in the world - for military might, for energy security and geopolitical borders. Even more importantly, these nations are at the frontline of climate change, as rising sea levels, salinity, cyclones and pollution put their very existence at stake.
Using his extensive personal experience in the Pacific, Tom Bamforth shows us the people of the islands, their cultures and how they live in these remote and increasingly challenging places. From uprisings in New Caledonia to tsunamis in Tonga, this is a book about interaction, race, colonisation, climate change, nuclear testing, resistance, cultural preservation, urban life, the tastiness of well roasted pig, and the pleasures of canoeing at dusk. It is sometimes said that the Pacific is to the contemporary world what the Mediterranean was to the ancients and what the Atlantic was to the twentieth century. The Rising Tide, then, is a journey into the ocean of the future.
With humour and insight, Tom Bamforth presents both an insider’s and an outsider’s view of life in the Pacific, rendered in vivid detail and colour. Gripping and beautifully written, The Rising Tide masterfully weaves the stories of people at the forefront of global change around a broader narrative of political mismanagement, culture, diplomacy and identity.
$29.99Add to basket ›