The Winterborne Home for Vengeance and Valour 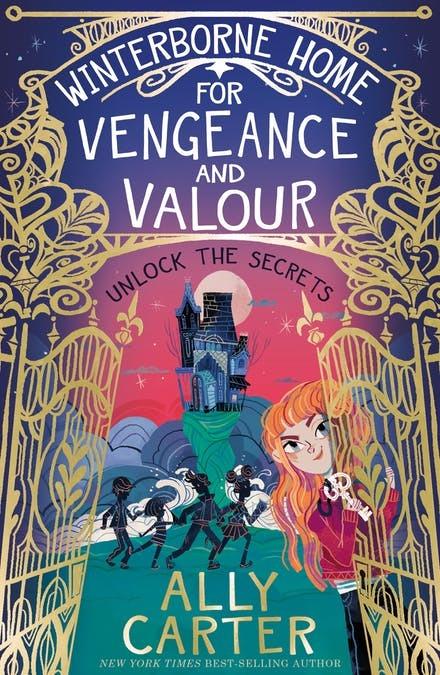 The Winterborne Home for Vengeance and Valour

April didn’t mean to start the fire. She wasn’t even the one who broke the vase.
She had absolutely no intention of becoming the only person who knows that Gabriel Winterborne, the missing-and-presumed-dead billionaire, is neither missing nor dead and is actually living in the basement of Winterborne House, sharpening his swords and looking for vengeance.
Now that April knows Gabriel Winterborne is alive, it’s up to her to keep him that way. But there’s only so much a twelve-year-old girl can do, so April must turn to the other orphans for help. Together, they’ll have to unravel the riddle of a missing heir and a creepy legend, and find a secret key, before the only home they’ve even known is lost to them forever.

Eleven-year-old April is used to being bounced around from foster home to foster home, so when she ends up at a mansion with four other kids she hardly expects to be there forever. Except that not long after she arrives mysterious things start happening and April suspects that the secrets of Winterborne Home, its missing billionaire son, and the key her mother left with her as a baby are all connected. Luckily, her fellow orphans include a criminal’s son, a young conman, and a genius scientist (whose inventions only sometimes explode). Together, the five kids team up to uncover the secrets of the mansion and the tragedy-struck Winterborne family.

I thoroughly enjoyed Winterborne Home for Vengeance and Valour. It felt like all the books I used to read and love when I was young: full of good (but often trouble-making!) kids defeating evil, nasty adults and it has a mysterious phantom to boot! I’m looking forward to the rest of the books in this exciting new mystery series for kids aged 10+.