The European Contexts of Ramism 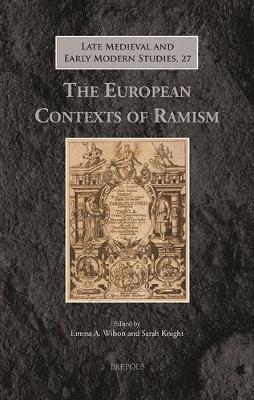 The European Contexts of Ramism

Pierre de la Ramee or Petrus Ramus (1515-1572) has long been a controversial figure in educational reform and innovation, from the moment of his first public academic statements in the 1530s, to his reception among scholars in the twentieth and twenty-first centuries. What is beyond dispute, however, is the vast reach of his influence throughout Europe. Ramus’s ideas were disseminated through copious editions and translations of his own textbooks, and in wave after wave of adaptations and re-imaginings of his ideas that swept across the continent. This volume embarks on a European tour of Ramism, using a wide range of previously unpublished or untranslated archival evidence from throughout the continent to examine the dissemination of Ramus’s works and his intellectual influence in geographic and in disciplinary terms. The ten chapters explore the spread of Ramism from his home country of France to Protestant strongholds in Germany, Holland, and Britain, and in the Catholic context of the Iberian peninsula. The book also examines Ramism in the less familiar territories (to most Anglophone readers) of Scandinavia and Hungary, and considers the preceding and contemporary Dutch and German educational reform movements from which Ramus borrowed to forge his own distinctive intellectual method.