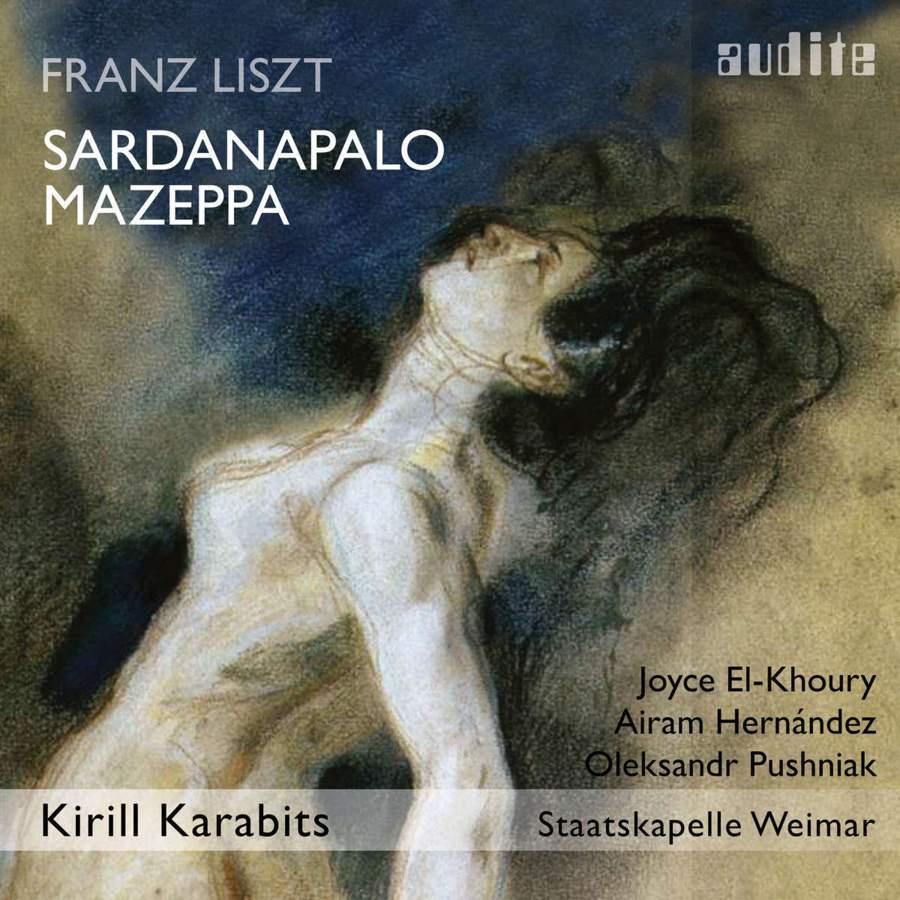 Contrary heroes: Symphonic poem Mazeppa and the opera fragment Sardanapalo performed by Karabits and the Weimar Staatskapelle. Sardanapalo who prefers wine and concubines to politics and warfare, and Mazeppa, who dies with glory, having endured pain and humiliation: dramatic literary models, impressively set to music by Franz Liszt. Written at the same time, these works represent Liszt’s ideas striving to unite literature and music, on the one hand modernising Italian opera and on the other advancing towards the symphonic poem in his orchestral writing.
The Sardanapalo manuscript comprises the first act. For 170 years the material lay dormant in the Goethe and Schiller archive in Weimar: it was only in 2017 that David Trippett deciphered, edited and orchestrated the manuscript at the University of Cambridge. Kirill Karabits conducts the Weimar Staatskapelle: Liszt’s orchestra in the city in which he composed the opera.
$29.95Add to basket ›