Purple Patch: History of the 3rd Field Company Engineers in World War One 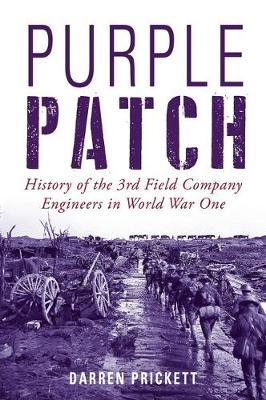 Purple Patch: History of the 3rd Field Company Engineers in World War One

The 3rd Field Company Engineers holds a distinguished place in the history of the Australian Army, being the first unit of the AIF to deploy on active service and to come under enemy fire, in defence of the Suez Canal against a Turkish attack in February 1915, almost three months before the Gallipoli landing. This book, the result of many years of research, details the work of the Company from its raising in August 1914 until the end of the war in November 1918. Drawing on both official records and personal papers, it explores the varied activities of an engineering unit, ranging from the taxing work of building bridges and other vital infrastructure in and behind battle zones to the highly dangerous task of extending trenches and barbed wire obstructions on the front line. From senior command levels down to the rank-and-file Sappers, the book combines a careful account with personal experiences and observations to present a compelling portrait of the unsung heroes of the AIF. As an example of the role of engineers in the First World War, Purple Patch offers an authoritative examination of the achievements of this most notable unit.