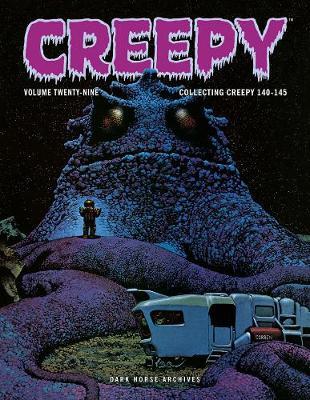 From 1964 to 1983, Creepy magazine set the standard for horror in graphic fiction. Featuring the work of Roger McKenzie, Alex Nino, Don McGregor, Victor de la Fuente and many more, and with hair-raising tales of bloodthirsty vampires, ruthless grave robbers, invisible men, alien creatures, and homicidal maniacs, these are still the comics that give you the creeps! Collects Creepy magazines #140 to #145.