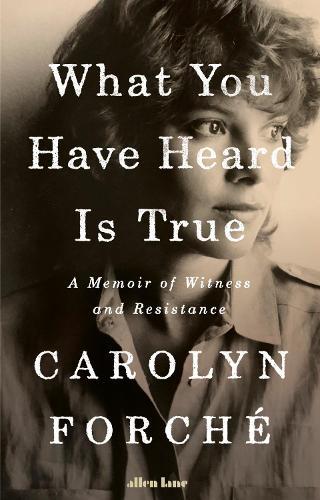 Set in the Salvadoran Civil War, the powerful true story of a young poet who becomes an activist through a trial by fire.

Carolyn Forché is 27 when a mysterious stranger calling himself Leonel appears on her doorstep, having driven direct from El Salvador. A friend has heard rumours about who he might be - a communist, a CIA operative, a sharpshooter, a revolutionary, a small coffee farmer - but nobody seems to know for certain.
Captivated for reasons she doesn’t fully understand, she accepts his invitation to visit and learn about his country, and becomes enmeshed in the early stages of a civil war which will see a state turn death squads on its own people and over 100,000 dead.
Told across peasant shanties, retired generals' grand homes, protest marches and safe houses on the run, this is the powerful true story of a woman’s radical act of empathy and her fateful encounter with an intriguing man who will change the course of her life.
$55.00Add to basket ›