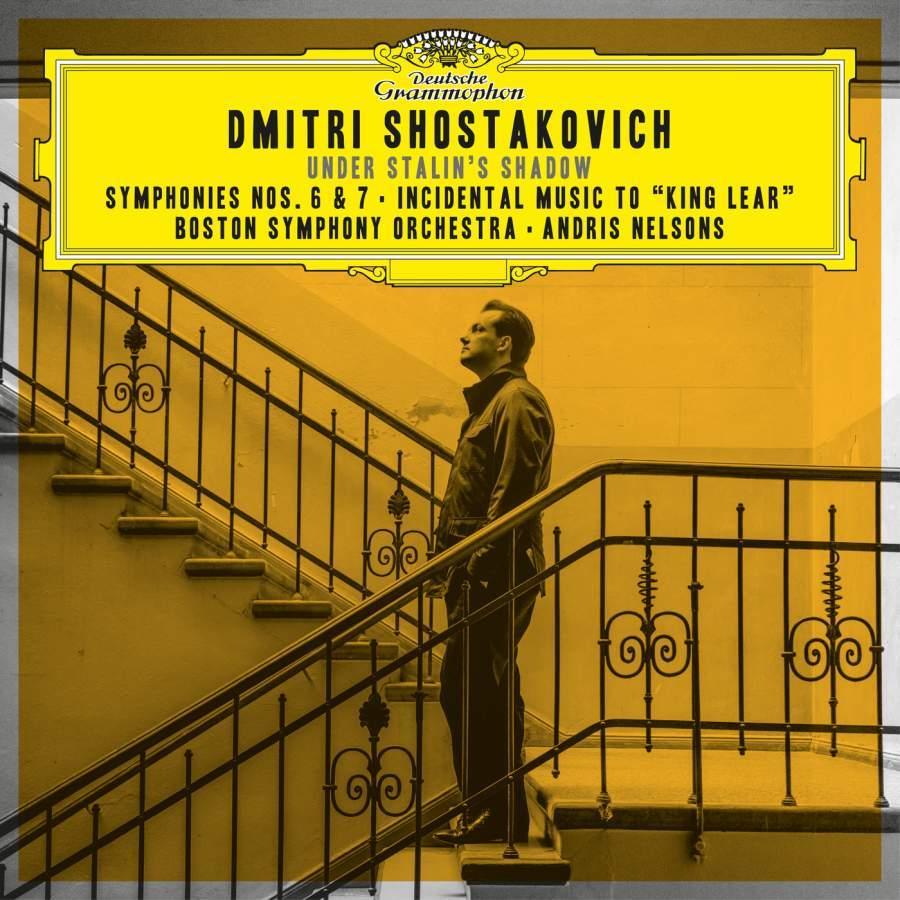 Andris Nelsons is the Music Director of the Boston Symphony Orchestra and new Gewandhauskapellmeister of the Gewandhausorchester Leipzig. With both appointments, and in leading a pioneering alliance between these two esteemed institutions, he is firmly underlined as one of the most renowned, exciting and innovative conductors on the international scene today After the “scandalously successful” (Sunday Times) Symphony No. 10 in 2015, “the sheer expressive beauty” (Gramophone Magazine) of Symphonies Nos. 5, 8, 9 from 2016 and the “overbearing vividness” (The Guardian) of the most recent Symphonies Nos. 4 & 11 Nelsons and the BSO continue the acclaimed cycle with the Symphonies Nos. 6 & 7, complemented by two other works by Shostakovich, the Suite from the Incidental Music to “King Lear” op. 58a and the Festive Overture op. 96.
The goal is a complete Shostakovich cycle on Deutsche Grammophon with the Boston Symphony Orchestra.

I can think of no more fitting title for this complete series of Shostakovich’s symphonies performed by the Boston Symphony Orchestra than ‘Under Stalin’s Shadow’. Born in 1906, Shostakovich suffered as many composers in Russia did during the early twentieth century – denounced, forced out of his job, but luckily never shipped off to a Gulag; his was a battle of wits. His was the challenge of working out how to remain true to himself musically while satisfying the demands of the overbearing government.

If you don’t know the opening of the Symphony No 6, you really must listen to it. It sobs and cries out for relief. Relief from what though? It was written in 1939 at the beginning of World War II but the end of what is known as the ‘Great Terror’ in Russia, where many of Shostakovich’s friends and family were imprisoned and killed. Followed by two fast movements, there are little licks of ideas that are almost jazz, almost modern, almost traditional but all Shostakovich. The third Galop movement, in particular, is the one the composer thought most successful.

Just over twelve months later he had produced another symphonic masterpiece, which many people know as the ‘Leningrad Symphony’. Legend has it that Shostakovich used the rhythm of the bombs falling from German planes to create the underlying foundation. It is still performed every year at the Leningrad cemetery where more than half a million people are buried from this onslaught – there is a reason this work is recorded again and again. These two symphonies in particular are so important, not only musically but also historically, and demonstrate how one person can show independence of thought while surviving under a totalitarian regime.