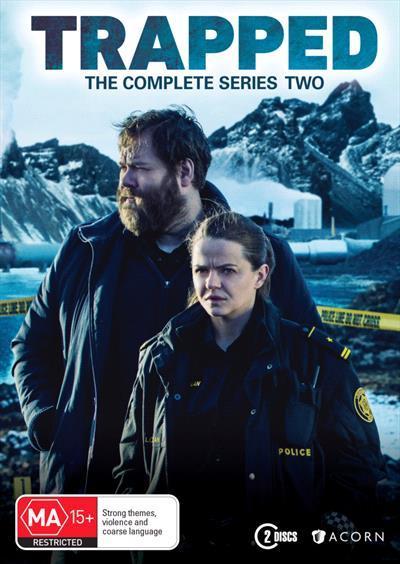 Outside the Icelandic Parliament in Reykjavík. The Minister of Industry is walking the square to attend a meeting when someone calls out her name. It’s a man - wet from top to toe smelling of gasoline. Before the minister realizes what to do the man grabs her and sets fire to both of them.
Andri Ólafsson who now has become the Head of Police Investigation in Reykjavík is called along with his team. The man is dead, but the minister is rushed to a hospital with 2nd. Degree burns. Soon Andri finds out this man was the ministers' brother. They grew up in the countryside up north. She left when she was a teenager and never came back leaving her mother and siblings behind.
Andri goes up north to investigate. This was a murder attempt but what was the motive? He is also under pressure from the Prime Minister and the Government who think this might have been an act of terrorism as there are currently some very controversial things connected to an expansion of a power plant near the town of Siglufjörður.
The show’s first series centred on a murder mystery in a remote Icelandic town physically isolated by a raging blizzard, the second series deals with more psychological forms of entrapment.

On the second day of my trip to Iceland, in the capital city of Reykjavík, a dog was lost on the street where I was staying. The Facebook messages went out: ‘Does anyone know whose dog this is?’ Within the hour, the response arrived: ‘Yes, that’s Baltasar’s dog. He’s just around the corner.’

Baltasar Kormákur’s television series Trapped embodies all that comes with living in such a small community. It’s easy to find your dog, but hard to get away. The show moves with great deftness between the comfort of small community and the simmering rage of enforced closeness.

With the screening of the first series of Trapped, Kormákur made his mark on television; he was, probably, already Iceland’s best-known film director. Series One centred on the small, northern-most town of Siglufjörður, where there was a body in a fjord and a snowstorm closing in.

In Series Two, Trapped emerges into daylight. At first it seems less claustrophobic than Series One with its endless snowstorm and seething tensions. Andri is back in Reykjavík. It seems as far removed from the frontier town of Siglufjörður as is possible. In the first episode, the minister for industry is set on fire in the streets of Reykjavík by someone who appears to be an extremist. The suspected extremist is, in fact, the minister’s brother, Gisli. He dies in the attack, she is burnt. The prime minister voices a question that seems impossible for any of us to grasp: would a brother kill his sister, and himself, for a cause?

It transpires that Gisli lived in Siglufjörður – and Andri is sent back there to investigate. And so we return to the singular, haunting beauty of rural Iceland. It’s an Iceland of sagas old and new; a place of new industry, of close, troubled families and of geopolitical change. It’s great to be back.