Apollo`s Muse - The Moon in the Age of Photography 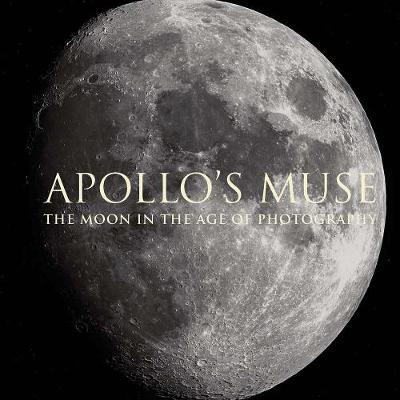 Apollo`s Muse - The Moon in the Age of Photography

This fascinating view of lunar imagery explores visual representations of the moon from the dawn of photography to the present Celebrating the 50th anniversary of the Apollo 11 mission, Apollo’s Muse honors the rich history of photographic representations of the moon, from rarely seen early daguerreotypes to contemporary video art. Engaging and accessible, the book explores how photographers captured this celestial body-and how the images have in turn inspired artists, writers, and scientists. The book’s wide-ranging focus includes extraordinary reproductions of the first successful series of lunar daguerreotypes by the American photographer John Adams Whipple, along with film stills from Voyage dans la Lune (1902) by Georges Melies; American paper moon studio portraits; images from the Apollo mission; and works by contemporary artists, including Vija Celmins, Roy Lichtenstein, Aleksandra Mir, Vik Muniz, Nam June Paik, and Robert Rauschenberg. Related prints, drawings, paintings, and astronomical instruments explore artists' fascination with the moon, as an object of both art and science. A foreword by actor Tom Hanks, star of the award-winning 1995 film Apollo 13, outlines the importance of lunar images to art and cinema, reinforcing the universal fascination with representations of the cosmos.