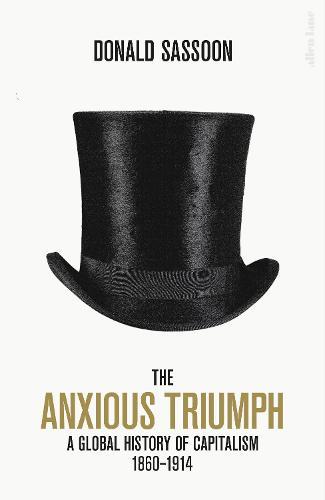 Capitalism has co-existed with many different kinds of states, from Victorian Britain to republican France and confederate Switzerland, from Fascist and Nazi regimes to post-war European democracies, from post-Meiji Japan to south-east Asian and Latin American dictatorships, communist China and even Russia. Today, the march of capitalism appears inexorable - but it was not always so.
In this riveting account of the rise of global capitalism from the 1880s until 1914, Donald Sassoon describes how after industrialization swept the world in the early nineteenth century the modernization of society and global capitalism followed. With capitalism, Sassoon argues, for the first time in the history of humanity, there was a social system able to provide a high level of consumption for the majority of those who lived within its bounds; its only rival, communism, was to fail miserably. But, in time, capitalism proved a devastating force in need of regulation, whose inbuilt traits were anxiety and crisis.
With astonishing breadth of vision and scholarship, Sassoon encompasses the first great modern economic globalization, forerunner to today’s consumer society, in this original and compelling book.
$59.99Add to basket ›

END_OF_DOCUMENT_TOKEN_TO_BE_REPLACED

Firefighting: The Financial Crisis and its Lessons