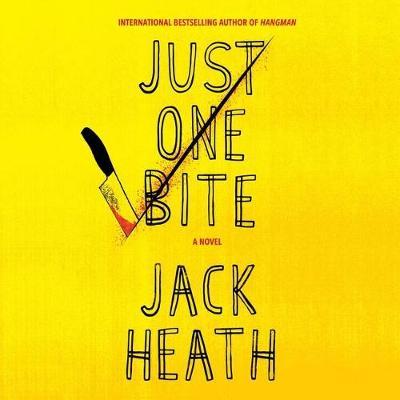 The shocking, fast-paced and queasily funny follow-up to Jack Heath’s international bestselling thriller, HangmanTimothy Blake, a former consultant for the FBI, now moonlights in body disposal for a local crime lord. One night he stumbles across a body he wasn’t supposed to find. When the FBI calls Blake back in to investigate the man’s disappearance, Blake is the only one who knows the man is dead and in his freezer.Then another man goes missing. And another. And another.There’s a serial killer in Houston, and Blake is the only one who knows it for sure. As they hunt the killer together, his handler, FBI agent Reese Thistle, starts to warm to Blake–but she also gets closer and closer to discovering his own gruesome secret. This is cause for anxiety for the criminal kingpin who employs Blake. It would be better to murder Blake than to risk exposure.Can Blake uncover the killer, without exposing himself?