The Missing Ace (the Mysterious World of Cosentino #1) 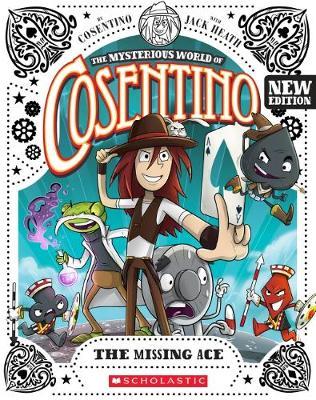 The Missing Ace (the Mysterious World of Cosentino #1)

Dangling on a burning rope while chained above a tank full of hungry sharks… there’s only one hero who can beat those odds…COSENTINO, THE GRAND ILLUSIONIST! Cosentino’s performances at his run-down old theatre attract the wrong kind of attention when the Ace of Spades dashes through the door, begging to be saved from the clutches of the evil two-headed King! When Cosentino is captured, he’s thrown into the dungeon at the bottom of the castle, from which no one has ever escaped. This would be the trick of his life…if he can pull it off!