The Forgotten Letters of Esther Durrant 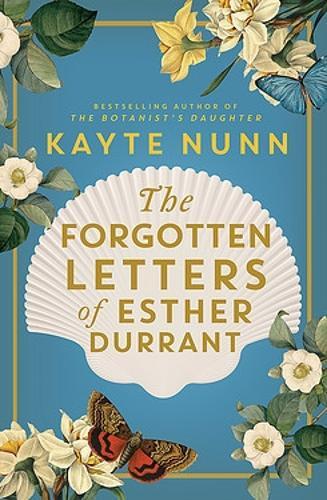 The Forgotten Letters of Esther Durrant

1951. Esther Durrant, a young mother, is committed to an isolated mental asylum by her husband. Run by a pioneering psychiatrist, the hospital is at first Esther’s prison but soon becomes her refuge.
2018. Free-spirited marine scientist Rachel Parker embarks on a research posting in the Isles of Scilly, off the Cornish coast. When a violent storm forces her to take shelter on a far-flung island, she discovers a collection of hidden love letters. Captivated by their passion and tenderness, Rachel determines to track down the intended recipient.
Meanwhile, in London, Eve is helping her grandmother, a renowned mountaineer, write her memoirs. When she is contacted by Rachel, it sets in motion a chain of events that threatens to reveal secrets kept buried for more than sixty years.

The Forgotten Letters of Esther Durrant
is a deeply atmospheric, resonant novel that charts the heart’s wild places, choices and consequences. If you love Elizabeth Gilbert and Kate Morton you will devour this book.
$29.99Add to basket ›