Perchance to Dream: Poems by an Old Soldier from a Life Well-Lived…. 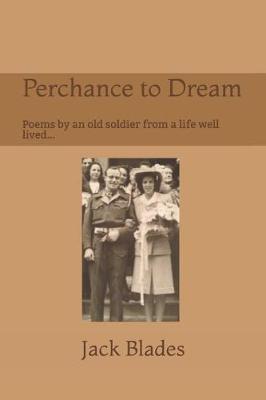 Perchance to Dream: Poems by an Old Soldier from a Life Well-Lived….

Jack Blades was born in Beeston, Leeds as the son of working-class parents in post-World War I Yorkshire. He was a clever lad but never had the opportunity to progress his education as he wanted.During World War II, he was posted to Italy and met his wife, Guilietta, while working for the Allied Military Government. They returned to England to face some hostility.Jack spent many years working as a miner in Allerton Bywater but always retained interest in his writing - compiling an extensive portfolio of poems and scientific essays. It has been his life-long dream to share his work with others. Now, at the age of ninety-six, it seems like a good time to make that dream come true.‘Perchance to Dream’ is a collection of poems collated over decades of writing. Covering subjects including life, death, war, religion and science; Jack’s interests are wide and varied.This moving anthology gives a rare insight into the thoughts and feelings of an inspirational veteran of World War II.