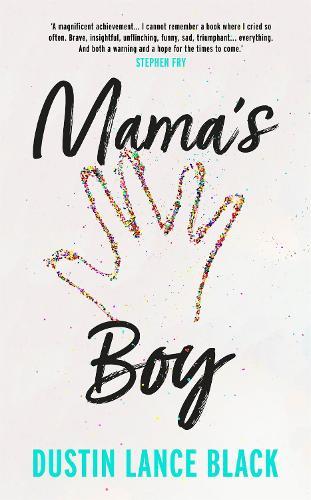 ‘To outsiders, my mom and I should have been enemies. Our house should have been divided – North vs South, red vs blue, conservative vs progressive, or however you want to put it. Instead, my mom and I fuelled each other. Her oil lit my lamp, and eventually mine lit hers. The tools I’d learned to wield growing up in her conservative, Christian, southern, military home were the same I’d used to wage battles that had taken me from a broken-down welfare apartment where gunfire sang me to sleep, to the biggest stages in the world, and to the front row of the United States Supreme Court to fight for LGBTQ equality.’
From the Academy Award-winning screenwriter and political activist, a candid, vivid, powerfully resonant memoir about growing up Mormon in Texas – where being gay was not only a sin but a crime – and a moving tribute to his highly conservative, religious mother who taught him about surviving against all odds.
Raised in a military, Mormon household outside San Antonio, Texas, Dustin Lance Black always found inspiration in his plucky, determined mother. Having contracted polio as a small girl, she endured leg braces and iron lungs, and was repeatedly told that she could never have children or live a normal life. Defying expectations, she raised Black and his two brothers, built a career, escaped two abusive husbands, and eventually moved the family to a new life in Northern California. While Black struggled to come to terms with his sexuality – something antithetical to his mother’s religious views – she remained his source of strength and his guiding light. Later, she would stand by his side when he helped bring the historic gay marriage case to the U.S. Supreme Court.
Mama’s Boy is an agenda-setting, inspiring celebration of the connections between mother and son, and the spirit of optimism and perseverance that can create positive change in the world.
$32.99Add to basket ›