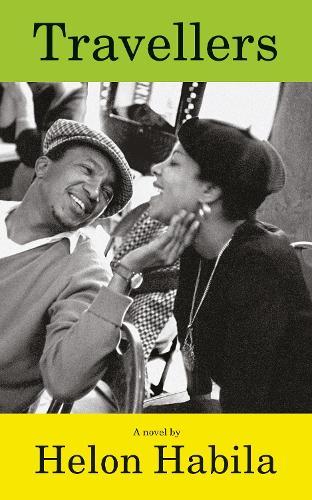 Modern Europe is a melting pot of migrating souls: among them a Nigerian American couple on a prestigious arts fellowship, a transgender film student seeking the freedom of authenticity, a Libyan doctor who lost his wife and child in the waters of the Mediterranean, and a Somalian shopkeeper trying to save his young daughter from forced marriage. And, though the divide between the self-chosen exiles and those who are forced to leave home may feel solid, in reality such boundaries are tenuous, shifting, and frighteningly soluble.
Moving from a Berlin nightclub to a Sicilian refugee camp to the London apartment of a Malawian poet, Helon Habila evokes a rich mosaic of migrant experiences. And through his characters' interconnecting fates, he traces the extraordinary pilgrimages we all might make in pursuit of home.

A unnamed narrator accompanies his artist wife who’s been awarded a fellowship in Berlin. She is American, he is Nigerian. After a miscarriage they both feel unmoored; they both react differently: his PhD is floundering, Gina has become immersed in her art. Maybe Berlin will help them.

Gina is doing a series of portraits on displaced persons, ‘Travellers’, and the narrator unwittingly becomes drawn into their stories and lives. Through seven interconnected stories we learn about a series of different lives, pulled apart by wars, by societal breakdown, by factors that are beyond their control. We also see the impact they have on the societies of which they have accidentally, and often unwillingly, become a part. Each of their stories is written with compassion and insight; one can’t help but feel moved.

The narrator himself becomes part of the story when, returning from a trip to Basel, he loses his papers and is sent to an internment camp in Italy. The camp and its stream of inhabitants have helped change the town; the economy is bad and the traditional jobs have gone, people are leaving the town and the refugees sometimes outnumber the locals.

This marvellous novel, without being polemical, returns humanity to people who are often faceless, stripped of their humanity.