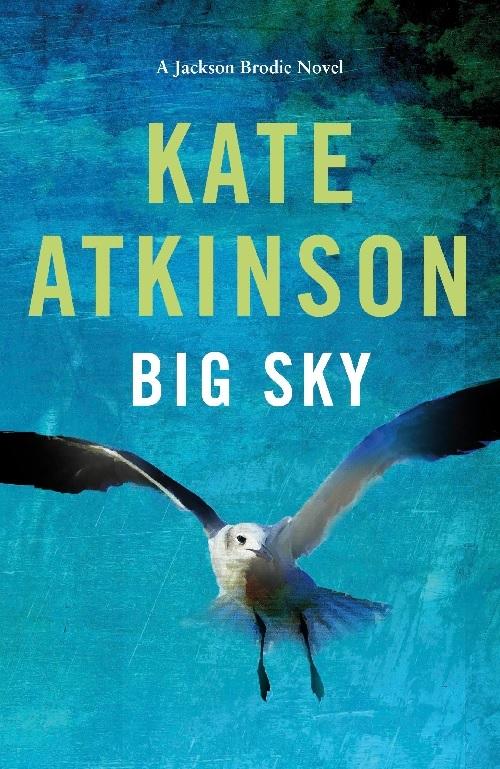 Jackson Brodie has relocated to a quiet seaside village, in the occasional company of his recalcitrant teenage son and an ageing Labrador, both at the discretion of his ex-partner Julia. It’s picturesque, but there’s something darker lurking behind the scenes.
Jackson’s current job, gathering proof of an unfaithful husband for his suspicious wife, is fairly standard-issue, but a chance encounter with a desperate man on a crumbling cliff leads him into a sinister network-and back across the path of someone from his past. Old secrets and new lies intersect in this breathtaking novel by one of the most dazzling and surprising writers at work today.

‘It was a good day when you saved someone’s life. Even better when you didn’t die saving them.’ Lately, that’s the kind of day happening quite often in the life of private investigator Jackson Brodie. In fact, a bit more frequently than he would care for.

Having recently relocated to the East Coast of England, Brodie is busy trailing unfaithful spouses to earn his keep, in the company of his aging labrador Dido (after the Queen of Carthage, not the singer), and the help of his reluctant teenage son Nathan, who’d rather be Instagramming pictures of his breakfast cereal than memorising suspect licence plate numbers. When his investigation crosses paths with detective constables Ronnie and Reggie, who are investigating a new lead in an historical case, the sinister buried past of this family-holiday coastal town threatens to emerge, and upset the easy-going lives of some respectable members of the community.

This novel is not typical of the crime genre. It is a complex literary detective story that weaves together the fates of vulnerable adventurers searching for the promise of a better life, spirited survivors determined to change their fortunes, and a world of garden parties, modern AGA kitchens, golf clubs and the pursuit of a comfortable retirement under the sun with a piña colada at any cost. Told with witty humor and touching humanity, Kate Atkinson shines a light into the cracks of a decaying society trapped by its hidden demons.

Kate Atkinson won the Whitbread Book of the Year award for her first novel Behind the Scenes at the Museum, and has been a regular dweller on the Readings bookshelves ever since. Big Sky is her fifth novel featuring detective Brodie. If you are a newcomer to the series, enter and read on, for this novel will appeal to new acquaintances of Brodie, as much as to old friends.

Eva Sandoval works as a bookseller at Readings Carlton.