Save Me from Dangerous Men 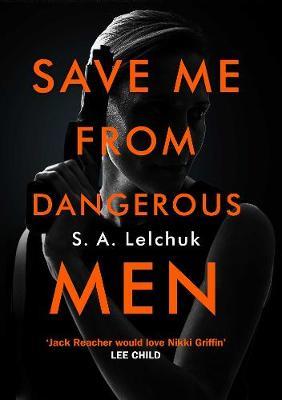 Save Me from Dangerous Men

Love your crime novels with a vein of dark humour? Then you’ll ADORE Save Me From Dangerous Men, the first of a stunning new series featuring an unforgettable heroine.
Nikki Griffin isn’t your typical PI – she runs a used bookstore located on Berkeley, California’s famous Telegraph Avenue and focuses primarily on helping women get out of difficult situations. But when she’s approached by the CEO of an up-and-coming tech company and asked to tail a woman suspected of selling company secrets, things get complicated. To say the least. After all, she’s trying to juggle two jobs and a new relationship, which is tough at the best of times.
It’s not long before the bodies start turning up – and someone has painted a target on Nikki’s back. It’ll take every ounce of Nikki’s guts and determination to solve the case before anyone else dies… and before the bad guys get to her.
*** Praise for Save Me from Dangerous Men ***
‘Save Me from Dangerous Men is one of those rare thrillers that draws you in so relentlessly that you find yourself getting kicked out of bed and reading all night on the sofa. If you’re a fan of Jack Reacher or Lisbeth Salander, you are gonna love Nikki Griffin. This is an outstanding debut novel to what promises to be an exceptional series. Highly, highly recommended’ – Douglas Preston, #1 New York Times-bestselling co-author of the acclaimed Pendergast series
‘Pulses with daring and risk. Nikki Griffin, bookseller by day and private investigator by night, takes on men who hurt women and makes them sorry. Calm, complex, lethal, and fascinating, she’s the revenge fantasy you want right now’ – Taylor Stevens, New York Times-bestselling author of Liars' Paradox and The Informationist
$29.99Add to basket ›