Queer History of the United States for Young People 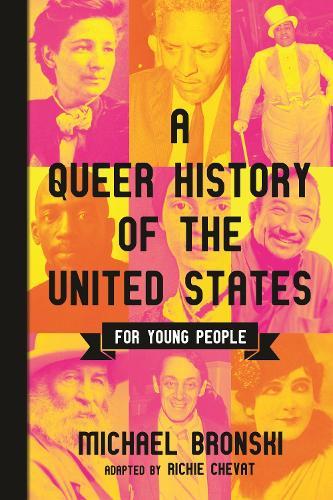 Queer History of the United States for Young People

Queer history didn’t start with Stonewall. This book explores how LGBTQ people have always been a part of our national identity, contributing to the country and culture for over 400 years. It is crucial for lesbian, gay, bisexual, transgender, and queer youth to know their history. But this history is not easy to find since it’s rarely taught in schools or commemorated in other ways. A Queer History of the United States for Young People corrects this and demonstrates that LGBTQ people have long been vital to shaping our understanding of what America is today. Through engrossing narratives, letters, drawings, poems, and more, the book encourages young readers, of all identities, to feel pride at the accomplishments of the LGBTQ people who came before them and to use history as a guide to the future.The stories he shares include those of * Thomas Morton, who celebrated same-sex love in Boston’s Puritan community in the 1620s. * Albert D. J. Cashier, an Irish immigrant and Civil War hero, who was born in the body of a woman but lived as a man for over a half century. * Gladys Bentley, an African American blues singer who challenged cross-dressing laws in 1920s Harlem. * Bayard Rustin, Martin Luther King Jr.’s close friend, civil rights organizer, and an openly gay man. * Sylvia Rivera, who along with Marsha P. Johnson, founded the first transgender political group in the United States in 1970. * Harvey Milk, a community organizer and the first openly gay politician to win an election in California. * Jamie Nabozny, a teen who brought national attention to the issue of LGBTQ bullying by bringing his case to the Supreme Court in the 1990s. With over 60 illustrations and photos, a glossary, and a corresponding curriculum, A Queer History of the United States for Young People will be vital for teachers who want to introduce a new perspective to America’s story.