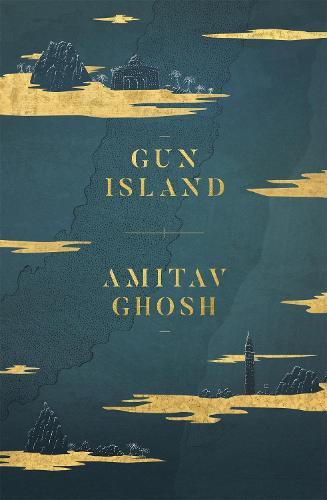 A spellbinding, globe-trotting novel by the bestselling author of the IBIS trilogy
Bundook. Gun. A common word, but one which turns Deen Datta’s world upside down.
A dealer of rare books, Deen is used to a quiet life spent indoors, but as his once-solid beliefs begin to shift, he is forced to set out on an extraordinary journey; one that takes him from India to Los Angeles and Venice via a tangled route through the memories and experiences of those he meets along the way. There is Piya, a fellow Bengali-American who sets his journey in motion; Tipu, an entrepreneurial young man who opens Deen’s eyes to the realities of growing up in today’s world; Rafi, with his desperate attempt to help someone in need; and Cinta, an old friend who provides the missing link in the story they are all a part of. It is a journey which will upend everything he thought he knew about himself, about the Bengali legends of his childhood and about the world around him.
Gun Island is a beautifully realised novel which effortlessly spans space and time. It is the story of a world on the brink, of increasing displacement and unstoppable transition. But it is also a story of hope, of a man whose faith in the world and the future is restored by two remarkable women.
$32.99Add to basket ›