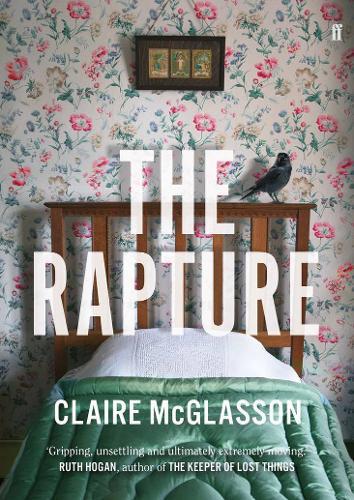 Dilys is a devoted member of a terribly English cult: The Panacea Society, populated almost entirely by virtuous single ladies. Dilys lives a careful life in Bedford attending sermons presaging the end of the world delivered by the charismatic leader, Octavia.
With the Great War having claimed so many brothers, husbands and sons, women flock to join the Society and follow Octavia’s teachings. So when Dilys strikes up a friendship with a new recruit, Grace, finally God seems to be smiling upon her. The friends become intimate as they wait together for the Lord to return to their very own Garden of Eden and to begin with the signs all seem to signal that finally Dilys has found the right path.
But Dilys is wary of their leader’s zealotry and suspicious of those who would seem to influence her to their own end. As Dilys' feelings for her friend bud and bloom the Society around her begins to crumble. Both women come to question what is true and fear for what is real. Faith and devotion are supplanted by fear and suspicion and those at Octavia’s bosom will do anything to maintain their influence, even unto death.
A wonderful and strange tale of devotion, sexual frustration, sublimated desire, religious ecstasy and mental ill-health this novel is based heavily on a real religious society. It is quietly compelling and as crisp and tart as a Granny Smith.
$29.99Add to basket ›