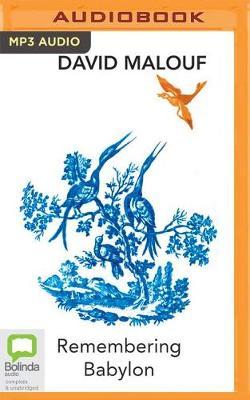 Winner of the IMPAC Award and Booker Prize nominee In this rich and compelling novel, written in language of astonishing poise and resonance, one of Australia’s greatest living writers gives and immensely powerful vision of human differences and eternal divisions. In the mid-1840s a thirteen-year-old British cabin boy, Gemmy Fairley, is cast ashore in the far north of Australia and taken in by aborigines. Sixteen years later he moves back into the world of Europeans, among hopeful yet terrified settlers who are staking out their small patch of home in an alien place. To them, Gemmy stands as a different kind of challenge: he is a force that at once fascinates and repels. His own identity in this new world is as unsettling to him as the knowledge he brings to others of the savage, the aboriginal. Breathtaking…To read this remarkable book is to remember Babylon well, whether you think you’ve been there or not. –The New York Times Book Review