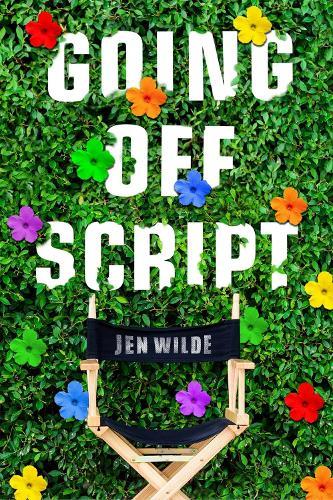 Seventeen-year-old Bex is thrilled when she gets an internship on her favorite tv show, Silver Falls. Unfortunately, the internship isn’t quite what she expected… instead of sitting in a crowded writer’s room volleying ideas back and forth, Production Interns are stuck picking up the coffee.
Determined to prove her worth as a writer, Bex drafts her own script and shares it with the head writer-who promptly reworks it and passes it off as his own! Bex is understandably furious, yet…maybe this is just how the industry works? But when they rewrite her proudly lesbian character as straight, that’s the last straw! It’s time for Bex and her crush to fight back.
Jen Wilde’s newest novel is both a fun, diverse love story and a very relevant, modern take on the portrayal of LGBT characters in media.
$29.99Add to basket ›